2017 so far seems to be a year of spontaneous trips to Scotland. In March I was in Edinburgh at the Edinyarnfest (see photos here).  shag and this community seems to be as nerdy about dancing as us yarnies are about knitting. No way is too far to visit a nice festival with cool instructors. So we got there in the first place for the Glasgow Shag Festival. While Marilena was swinging I visited crafty places.

New Lanark is a UNESCO World Heritage Site approx. one hour train ride from Glasgow. It’s the birthplace of Utopian Socialism and cooperatives. And what is makes it even more attractive – you can watch yarn being spun. And yarn shopping is possible, too. 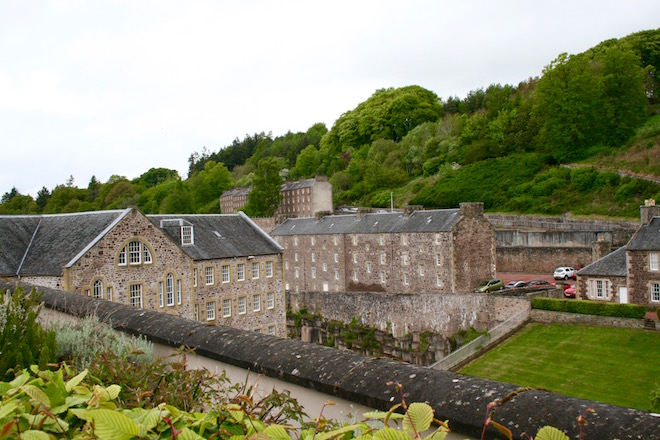 New Lanark: From Utopia to Reality

New Lanark Mill is a former cotton mill, that was owned 1800 until 1825 by British Social Reformer Robert Owen. It is where he put his ideas and reforms of Utopian Socialism into practice.

New Lanark is situated in a beautiful valley of the River Clyde and is a great visit for families. A focus of the tour is the situation of the working class children in the 19th century. Before Robert Owen introduced his reforms children had a very long and hard working day in the mill, had been beaten and yelled at. 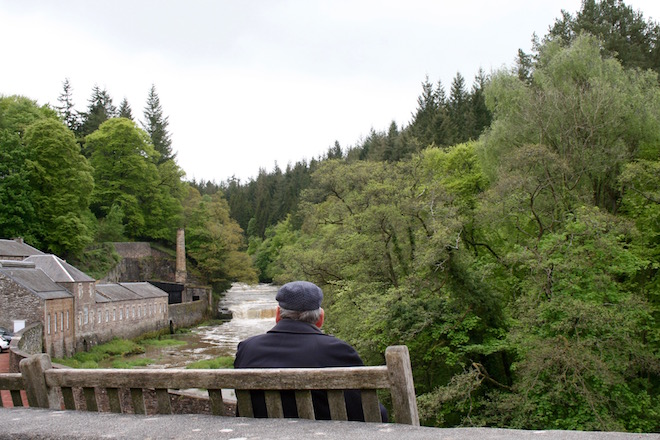 The waters of the River Clyde have always been the power source for New Lanark.

Robert Owen did not allow children under 10 years in his mill. He opened a school where corporal punishment was banned and the curriculum includes art and music. He encouraged children over 10 and adults to go to school with a shortened working day.

Owen is also the founder of the cooperative movement. He bought quality groceries in bulk opened a village store where the inhabitants could buy a low prices or tokens.

Owen sold the mill in 1825 and move to the USA where he founded New Harmony that should evolve his Utopia even further. New Lanark Mill was closed in 1968 and decayed. In the 1980ties it was restored as Museum. 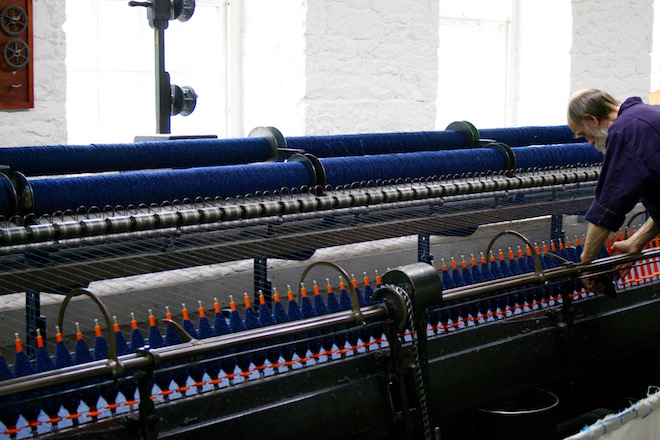 The 19th-century spinning mule in New Lanark is powered by water turbines.

Today the mill is spinning wool instead of cotton. A traditional 19th-century spinning mule is used for the process. You can watch Aran, Chunky or DK yarns are made. New Lanark Wool and Textiles is spinning locally sourced British wool. There is also a soft tweed mixed with silk. It can be bought at the adjoining shop. Of course, I got some skeins. No way I could resist. 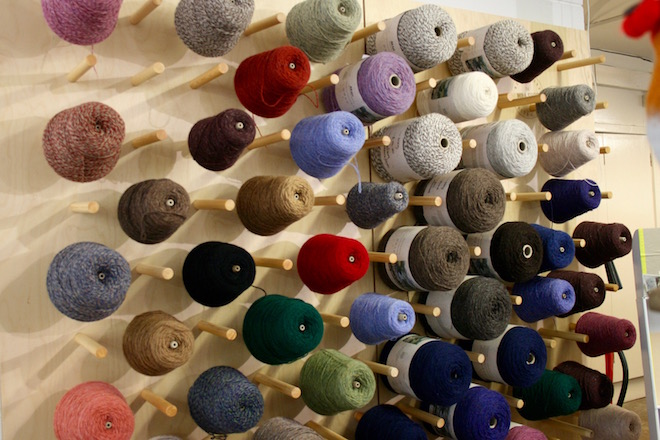 Lots of colour choices in the mill shop.

Memory Blanket – For A Room Of One’s Own

All Posts by Sabine